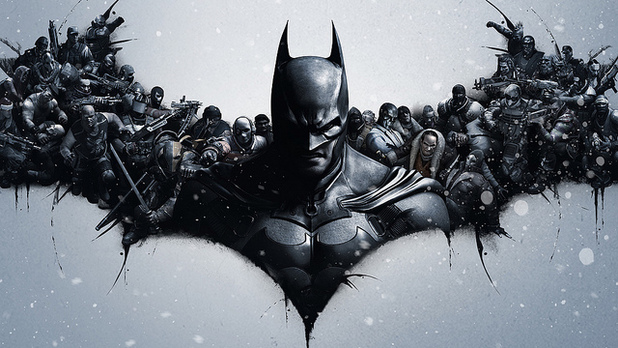 Warner Bros. Games Montreal had been given a daunting task to accomplish- to create the ultimate Batman experience. A goal already achieved not just once by Rocksteady Studios, but twice. Having only released an enhanced edition of Batman: Arkham City (developed and released by Rocksteady in 2011) exclusively for the Wii U, Montreal had a hard mountain to climb over. So how does the studio’s brave attempt, Batman: Arkham Origins, stack up against two of this generation’s most successful action-adventure titles?

You again take on the role of the iconic Dark Knight who is experiencing another worst-night-ever scenario, as eight assassins are out to claim his head. On Christmas Eve, the skull-faced menace Black Mask has offered a bounty worth fifty-million dollars to anyone who can kill the Batman. This entices the likes of Bane, Firefly and Deathstroke to a snow covered Gotham City with murderous intent. A Merry Christmas indeed.

Set just two years into Batman’s crime-fighting career; Gotham City is still a corrupt cesspit of crime and corruption, but has yet to be plagued by the many insane super-villains that will soon over-shadow its streets. Many familiar locations like the Sionis Steel Mill and the Amusement Mile return from the previous game, but are far from being the decaying ruins that they are presented as in Arkham City. However, Montreal hasn’t just merely expanded on the locations present in City, but has crafted a cold, harsh environment filled with deadly secrets and all in the backdrop of a dystopian gothic city.

Arkham Origins gives you an easy-to-navigate sandbox setting to explore, with a limited amount of freedom. Controls are solid, allowing you to smoothly navigate across Gotham’s rooftops by gliding, free falling, climbing and grappling till your heart’s content. The gameplay definitely helps create the illusion that you are taking on the role of DC’s dark hero, through saving innocents and beating down countless amounts of street thugs. The tried and true free-flow combat is as fluid and responsive as ever, allowing players to build up combos for bone-breaking take-downs and satisfying uses of Batman’s arsenal.

The enemies you fight are varied and imposing, forcing you to try and think one step ahead of your opponents by countering their attacks, before they can deal you significant damage. The addition of new enemy types such as the heavily armoured Enforcers and the agile Martial Artists offer a welcomed change of pace to these combat scenarios, forcing you to re-think the way you approach a fight. However, it’s often when encountering enemies that Rocksteady’s polish is sorely missed. Sometimes enemies will suddenly freeze in mid-combat sections and stupidly stand still while you beat them into submission, taking you out of the experience at times.

New gadgets have been added for Batman to use in Origins, providing the player with a number of options when dispatching enemy thugs. The Remote Claw comes in handy during Predator sections when Batman is at his most vulnerable. The claw allows you to string up enemies onto hanging gargoyles or force two thugs to collide into each other (Hilarious rag-doll physics aplenty). These gadgets are obtained after defeating a boss, evoking Arkham’s inspiration from the Metroid and Zelda series. The problem is that these new items feel like gimmicks that aren’t really needed. Acquiring gadgets in City allowed you to access hidden areas that were previously impossible, but they never made the game unchallenging or easy. Once you acquire the Shock Gloves in Origins no enemy will be able to stand in your way, as even armoured enemies can be dispatched without trouble. They never felt like they enhanced combat situations, but unfortunately turned them into tedious button mashers.

At first the premise of the singe-player made me worry that the game was going to be a very clichéd experience where I would simply venture to different areas and defeat each of the assassins. I found myself presently surprised that this was definitely not the case. Like any good assassin, these bosses come at you when you least expect it, forcing Batman and the player into exciting encounters that test every ability you have at your disposal. One of the main gripes I had with Asylum and City were that the boss battles were sometimes tedious and boring affairs, aside from the confrontations with Mr Freeze and Clayface. In Origins, I felt my time fighting Martial Artists and Enforcers actually prepared me for my encounters with the assassins, teaching me to carefully study each of the bosses’ moves so that I could counter their attacks at the precise moment.

Along with great boss battles, Origins features one of the best Batman stories to date. I won’t spoil too much, but the different power struggles between the villains builds to an exceptional climax. A story that constantly increases the stakes is hugely difficult to pull off, but Origins manages to do just that. I also like that the game touched upon Batman’s early years as a crime-fighter, with many of Gotham’s citizens questioning if the Dark Knight is real or just a made up boogie man of superstitious nonsense. Even Sergeant Jim Gordon (Not Commissioner yet) is reluctant to believe that the masked vigilante is real. This is what nails the story’s tone, as it’s so compelling to see different characters reacting to Batman as an urban myth rather than a man.

This Batman is younger, angrier and a far more brutal individual than Kevin Conroy’s calm, world-weary take on the character from Asylum and City. Roger Craig Smith (The voice of Sonic the Hedgehog… what?) does an incredible job of nailing Batman’s voice, simultaneously capturing the character’s internal pain and anger. In fact all of the voice actors do a fantastic job here, by really sinking into their individual roles. Troy Baker’s (Voice of Booker DeWitt from Bioshock: Infinite) ballsy attempt to voice The Joker is scary, as he not only sounds like Mark Hamill, but brings a slippery serpent like menace to the villain. Voice-acting talent doesn’t get any better than this.

As I’ve already touched upon, players will find certain bugs and glitches scattered throughout the game which can very annoying at times. The game has crashed several times during my play-though, forcing me to reboot my 360 multiple times. Thankfully, my saves were always intact, but some people have reported losing entire saves from these crashes. The Enigma challenges (replacing the Riddler challenges) are nice little distractions, but proved very unchallenging compared to those present in the previous games. The side-missions are disappointing as most of them require you to do exactly the same thing over and over again- go to a location, beat up a few thugs and blow-up crates of weapon supplies or drug containers. Rinse and repeat.

For the most part, Montreal has definitely created a great Batman experience that features a well-paced and intriguing story-line, excellent boss battles and fluid gameplay. But these merits are plagued by frustrating glitches that can hinder the experience. It’s improved on the foundations of City’s combat that we know and love, but features gimmicky gadgets that don’t really offer anything new. Overall, Batman: Arkham Origins is a solid action-adventure title that even manages to do a few things better than Rocksteady’s crowning achievements and is able to stand on its own.