The fashion industry is competitive, especially in New York. Designers constantly vie for the attention of media and consumers. In this often-cut-throat environment is it refreshing to hear of fashion shows such as those which are produced by Alexander “Mr. Great” Gurman who frequently collaborated with independent designers, models, and even other producers to create fun, unique, and inclusive shows.

On October 18, “Mr. Great Fashion Shows” hosted an event at the Sky Room night club in Manhattan that debuted artist Meagan J. Meehan’s premiere “Fancy Footwear” shoe collection. The first series in the line is the “Bejeweled and Bedazzled Collection” which is comprised of seven pairs of shoes that are directly inspired by Meagan’s most famous seven-piece art series of the same name. Also at the show was producer Max Gold and his top models Victoria, Alexa, and Medjina. Max and Alexander enjoy working together and providing opportunities for both models and designers. In fact, many of the models return to the shows time and time again so there is a consistent crew.

Although super models are frequently paid incredibly high salaries, many models who are just starting out are willing to work for photos, videos, and exposure rather than money. Many young women (and men) also model purely as a hobby, mostly because they enjoy the experience of walking the runway and interacting with designers who are on the cutting edge of the fashion industry. Alexander has long noted the noble aspects of modeling such as celebrating beauty, building confidence, and finding ways to include people of varying shapes and sizes.

Yet, although he enjoys producing fashion shows and largely works with dedicated and professional models, Alexander readily acknowledges that the job can pose certain challenges.

“Producers do face certain problems when we recruit models,” he stated via a recent and exclusive interview. “Some models do not come on time or do not come at all. Others arrive but are not as well-prepared as agreed. For example, some girls arrive without a proper pedicure or manicure which is generally frowned upon in this industry. We want these ladies to look their best to celebrate their beauty and the beauty of the clothing they are modeling.”

Other problems Alexander have faced are far more serious. In the past he has encountered models who have agreed to model in exchange for professional photos, on-camera interviews, and features in some New York-based publications but then turned around, after the show, and demanded cash payments.

“Some have even threatened to create a scandal and would only be silenced by money,” Alexander lamented. “Some models pretend to be legitimate human beings and then, during the show, they may steal makeup, equipment, and garments from the other participants. While this does not happen too often, it gives all models a bad reputation which is not fair. We as community have to be careful to weed out the problematic people.”

Combating the stereotype of models always moonlighting as strippers or call girls is something that Alexander is very invested in. These erroneous misconceptions are frequently applied to the fashion industry as a whole, which is extremely unfair to the vast majority of models who are professional, friendly, and earnest.

“There are bigots who think that every model has to sell her or himself in order to survive and make it in the industry,” Alexander explained. “That is absolutely far from truth. Even though I cannot speak for everyone with full certainty, I can say models who I know are doctors, lawyers, students and they do not turn tricks. One of my regular models, Olena, writes poetry, and another young lady named Medjina is not only a model but also a designer. These girls have class and nobility. We worked together on more than ten different productions every time they showed me the highest standards of professionalism. Me and my crew feel deeply disturbed when people label every girl who decides to walk on a runway as a prostitute.”

The other common misconception is that models are mostly penniless and are, therefore, willing do anything for money and are gold diggers. “Again, that is a deeply hurtful misconception that bothers me and my talent team,” Alexander noted. “High fashion is quite expensive and many ladies of high society love exclusive cloth. To be in fashion costs quite a bit for participants and many families fully support their daughters in their quest to entry the fashion industry as high-quality models.” 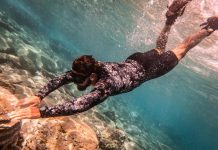 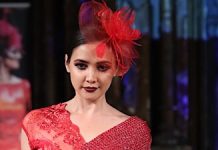