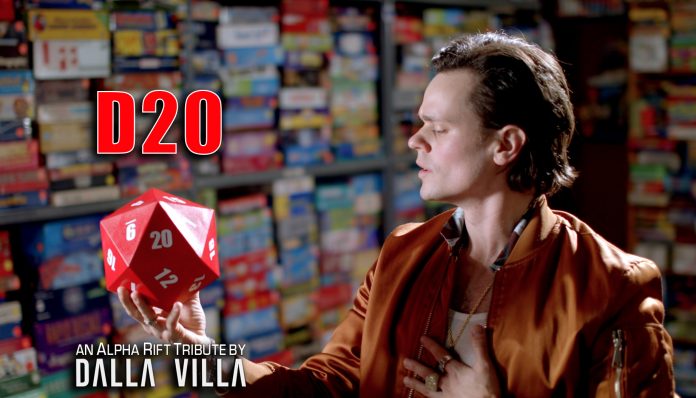 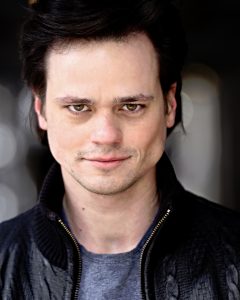 Watch the music video below:

Recently cast in a movie “Alpha Rift” as a dude who owns a game store, Aaron Dalla Villa plays a “D&D-like” game based on the Noblemen Legend in the movie. During the process of making the film, Aaron was surrounded by gaming culture and thought it was so cool. Adam Danoff, the film’s stunt coordinator, is a HUGE D&D guy, so he suggested Aaron make a song about gaming. D20 dice appear several times in the movie, and it inspired Aaron. Adam contributed a lot of the gaming lyrics, such as “burning slots” and “Doing Math in a flash.” Aaron is a bit of a noob when it comes to D&D, but the film has really opened up a whole new world for him.

“This song was a lot of fun to create and even more fun to shoot. I’ve always been a bit of a nerd so it was only a matter of time before I got pulled into this side of gaming. Half Orc Barbarian!” – Aaron Dalla Villa

“I’ve been a huge D&D fan for around 15 years, so creating this song was an awesome chance to combine hundreds of pages of lore with a sick beat. I loved bouncing ideas back and forth, crafting the perfect rhyme for each reference, and cracking up laughing at the visuals.” – Adam Danoff

“I was smiling and laughing the whole time working on this song. The elements of games, rap, and Alpha Rift made it such a blast!”
– Rachel Nielson

In addition to Aaron’s latest music releases, he has over 50 actor IMDb credits that include studio films, independent movies, and high-profile television shows such as “Gotham” and “Madam Secretary.” His past film work consists of the popular features “Pledge” and “Trick,” along with “Alpha Rift,” and “All Those Small Things” (which he also wrote some music for), and more. Aaron also does voiceover work and theater.

Aaron Dalla Villa is represented by Bonnie Shumofsky of Stewart Talent and Wendy Shepherd of Studio Matrix .com for publicity and brand management.