Jesse Macht is an up-and-coming musician with great talent and ability. He has released one digital released album with more intended to be released in August of 2011.

Kale: Hello, I’d like to first thank you for the opportunity to interview you.

When did you first start getting into music?

Jesse: I’ve played with music my entire life. First started messing around playing on a little synthesizer that I still have, and then playing around by sliding down a mattress that I put on the stairs when I listened back to what I played. That was a good time… I played piano as a kid, got frustrated and begged to learn the drums which I then played for about 5 years. I then got frustrated with that instrument because I couldn’t sing and play at the same time. I eventually formed a band with two very good friends of mine, and we all played drums, so I learned how to play bass. I then got frustrated with that instrument and went out to play guitar. That’s how it happened. The frustration continues, but now I’ve realized that that’s just a part of being a musician – endlessly frustrating.

Kale: Who and what inspired you to get into it?

Jesse: My brothers inspired me to get into music. Both of them played guitar and when my brother Ari gave me his guitar, “my guitar” , I just went with it. Another guy who joined my band in High School, Noah, also introduced me to local LA bands like Kara’s Flowers, Phantom Planet, and the Tories. It was inspiring to see other kids just a little bit older than I was writing and playing their own songs. Nothing seemed cooler to me, and almost nothing still does.  That got me trying to write songs for the first time. We always covered other songs and never had any dreams of trying to write, but once Noah put it in my brain, I couldn’t stop. I’ll always be grateful to him for that…. or vengeful!!!

Kale: Did you always want to sing and play guitar, or has that varied through the years?

Jesse: Ya, I’ve always wanted to sing and play. I played in another band for a long time and I was always back and forth between singing and just playing guitar. We had a great great singer and songwriter and he wanted to sing his songs, as he should, but it was hard for me to play in a band and not sing, because that’s why I got into it in the first place. That being said, I was a really mediocre singer, and I’m glad I got to sing enough in that band to try and learn what was good and bad about my singing. Now, I’m lucky enough to be learning about my voice at a faster rate and trying to manipulate it the way I want it.

Kale: What are a few of your favorite artists/bands?

Jesse: You know that always grows along with being an evolving songwriter myself. Some of the staples have been Jon Brion, Gram Parsons, Jim Morrison, Billy Joel, and Glen Hansard. JB has been my favorite for a while now because he’s just a tremendous producer and player and writer – cole porter meets john lennon and mccartney. Every piece of his ‘puzzles’ help build the completed form in such a tremendously quirky way, while sounding wonderfully familiar. I think that’s the trick of the trade, or at least what I’m trying to go for. I’d love to write pop songs that feel familiar, but communicate the idea in an off-center way. One of the things I love as a listener is feeling comfortable in the sound of a song, but I like to be thrown off by the instrumentation and lyrics and singing. Something about that odd familiarity is very zen for me. I like all kinds of music and I like being surprised too, but what I consistently naturally go back to is the history of western pop songwriting and the new way its introduced year by year.

Kale: How long have you been playing?

Jesse: Since I was a little kid, but started taking it seriously about 10 years ago. I’ve only been playing by myself for almost 2 years now.

Kale: I saw a video of you and the band playing on stage and you looked focused. Is there anything you think about that gets you in a feeling of, nothing else is around, just the stage and the music?

Jesse: When the band is clicking, there is a wave of momentum that is unlike anything else I ever feel. It’s wonderful to have something I’ve created being played behind me and pushing me forward. I assume its much like how a surfer feels when he catches the perfect wave. I get lost in the moment and the freedom of it, and that I’ve created a space for everyone listening and my band to live in the moment at the moment. It’s a space where I feel most in control and once the song starts its an incredibly safe feeling – even though you’d think the opposite – like everything is being judged and I’m allowing the tender parts of myself out, but for some reason, I only feel that in between songs, and perhaps the first 10 seconds of a song, but when the band is rolling (and by the way, my band is really really really talented – just great players) the escape is tremendous and there isn’t a better feeling. I just wish I could experience it more often.

Kale: What new tracks will you be bringing to the fans?

Jesse: I’ll be releasing 3 tracks I’ve been playing live for a while now called HEY ANNIE, THIS CAR IS A BULLET, and ANYMORE. I’m excited to finally have them recorded and have the freedom to move on and record newer tracks. But these are some fan favorites, and people have been asking me to have them recorded, so Aaron Tap, my producer, and I just banged them out so we could just have em down. No matter what happens in this life, the most important part of my songwriting, is that I have as many of them recorded as honestly as possible so that I can have a clear reflection of what I’ve been through in my life. I started doing this solo thing really in that mindset- a scrapbook of what I believe as a 20 something, and as I grow and get older and evolve, hopefully my music will reflect that as well.

Kale: Do you know a release date for the new music, yet?

Kale: How do you interact with your fans?

Jesse: I shun them. I say, “No pictures! No pictures!” Then I quickly run run run away from them in fear of their touch and bacteria!

Obviously, I’m joking… I am so grateful that people have the time to listen to my music and listen to me. I’m grateful that you’re doing this interview. There is so much media, so much art, so much music in this world, so anybody who finds the time to fall in love with new songs, new songwriters, new music is awe-inspiring for me and all I hope is that I can keep drawing that kind of passion out of other people and myself. So thanks so much… again. Thanks to you, and the person who’s reading this right now! Thank you!

Kale: How far do you want to take the music? Worldwide, nationwide?

Jesse: To infiniti and beyond! What other choice do I have?! Really, all I want to do is play in living rooms across the country. 20 person intimate parties or 2000 person theatres, I want people to feel like they are right up there with me experiencing the songs for the first time. I want people humming every song after they’re finished and wondering, how is he gonna make me hum another song again, and then somehow, I do it. That is my goal. Hopefully I get kind of close every once in a while. But it’d be great to organize my fans in a way and tour the country for a few weeks just playing in peoples living rooms. Maybe I should do that. I’m gonna get on that 😉

Kale: Has it been difficult, or easy for you to hone your craft?

Jesse: It has been the most challenging thing in my life, and I expect it to continue to be. You know how people say its really awkward to hear yourself when you hear your voice recorded. It’s that experience all the time.  For some reason, I keep asking for more though… more punishment. My gut wants to go after it, and no matter how many times I try to stop, I can’t.

Jesse: My next gig is at the Hotel Café in Los Angeles on August 15th. It’s gonna be a good one. Full band, some more members, it’s gonna be a lot of fun.

Kale: I heard about your live-stream shows, any upcoming events with them?

Jesse: Ya gotta keep checkin my Facebook and Twitter feeds. Sometimes I like to just get on USTREAM and play some songs right there – or stream what we’re doing in the studio. Nothing “scheduled” per say – but a lot of fun to whip out of no where.

Kale: The tone of your music is gentle and soothing. Peaceful music. Did you always have that feeling in your sound?

Jesse: Hmmm. I guess. Honestly, I’m trying to instill a little more ‘fight’ into my music, with that familiar alt-americana ease. So we’ll see what happens. I’m glad you find it to be soothing. I never find “NOW I KNOW” to be soothing – that’s a tough one. Even LOVE IS ANOTHER DRUG is a soothing instrumentation, but the content is a bit tough. I like to play with the paradox of melancholy lyric and ease of instrumentation.

Kale: Can we expect any big cross-country tours in the future?

Jesse: Man do I hope so. We’ll see what happens… for now, just keep telling your friends and we’ll see.

Kale – Thank you, it’s been a real pleasure and I look forward to future interviews. 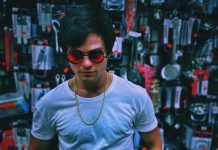 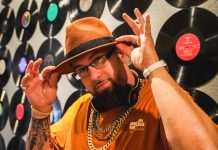