The Classical Theatre of Harlem (CTH) is scheduled to debut a modern, Afropunk inspired version of Sophocles classic Greek tragedy. Back for its sixth season of FREE theater performances in Harlem’s Marcus Garvey Park the company presents a work that showcases the strength and voices of audacious women responding to rigid societal inequities. This updated work showcases ancient ideas that have taken center stage in the current climate: order, law, justice and marginalized voices confronting power and patriarchy.

Calling on the cultural landscape of African-American traditions and inspired by the Afropunk movement, while also adhering to the Greek tragic form; this fresh reimagining of the classic story will captivate, stun and inspire audiences from all backgrounds. It has a decidedly futuristic edge which is a homage to the imaginations of its creators.

Director Carl Cofield is a New York based, award winning director and actor. He has directed award-winning shows all over the country and, as an actor; his work has been seen at a wide array of venues. He recently discussed his work on this show and more via an exclusive interview.

Meagan Meehan (MM) of Entertainment Vine: What prompted you to enter the field of theater and what came first, acting or directing?

Carl Cofield (CC): What prompted me to enter theater was that I was exposed to the arts early in my childhood. I remember being profoundly moved by the arts and at an early age and that’s what I wanted to be a part of. Acting was my first love. I was exposed to it because of my uncle who was a professional actor and would often take me to theater with him. I was the kid who knew all the lines in the plays and felt compelled to be a storyteller.

CC: Absolutely. Being an actor who is now a director, I like to think that I have a certain vocabulary that actors will understand and appreciate. Above all, I know the courage it takes to be an actor and I take that very seriously. To ensure that the actors do their best work, I try to create an environment that’s inclusive, encouraging, and welcoming—allowing them to go places that a lot of people who aren’t actors will never be able to go, because it’s too personal.

MM: You are set to direct a version of Antigone so how did you secure that assignment?

CC: I’ve had a wonderful relationship with the Classical Theatre of Harlem. I’ve directed about four plays for them. When we began conversations about what I was passionate about for my next project, ‘Antigone’ sprung to mind. It’s a classic story about one woman who finds her voice and courage to resist her government and her uncle; it’s both a family and political drama. Right now, we’re seeing people in our own lives who are standing up to gross injustices, whether it’s Colin Kaepernick, activists in Black Lives Matter, or the #MeToo movement. How we resist is currently in our discourse.

MM: What most appealed to you about the script and the characters?

CC: I alluded to it in the last question; Antigone’s courage. What she does and how she has the courage to follow her convictions is something that I hope audience members take away and really think about. When we’re going through our own challenges, sometimes we have to go back to classic texts, whether it’s books or plays, in order to see how the characters dealt with it. The story shows the importance of having courage to follow ones’ conviction, but there is also a cautionary tale. Everyone wants to root for Kaepernick, but he is getting resistance and putting his livelihood on the line.

MM: How come you decided to give this play such a futuristic and artistic sense of style?

CC: For me, it’s mixing the old with the new. The play has been around for a few thousand years, and I think that a hundred years from now we’ll still be grappling with these same questions and themes. How do we resist injustice and are we willing to fight all the way to be on the right side of justice? I wanted to blend elements of the old with the new. I was inspired by the Afropunk movement, in which brown and black people are taking back control of the narrative about how they’re portrayed and challenging the inherited mythology of what beauty is.

MM: Have you worked with the Classical Theater of Harlem before and what have your experiences with the organization been like?

CC: My experience with Classical Theatre of Harlem has been tremendous. I’m a firm believer of their mission statement, of making profound theater for and with the Harlem community. Hopefully we are introducing people who may not be familiar with classical plays and putting the plays in a light that welcomes them and makes room for them at the table so that they can come and experience theater that reflects them and this community. Previously with Classical Theatre of Harlem I directed “The Tempest” with Ron Cephas Jones who is now on “This is Us,” I did William Shakespeare’s “Macbeth,” and I’ve done the 50th anniversary of “The Dutchman.” I’ve had a wonderful time working with the Classical Theatre of Harlem.

MM: What is coming up next for you and what would be the ultimate directorial project?

CC: Coming up next, I go to Miami to direct a wonderful play called “One Night in Miami,” which is about the night Cassius Clay defeated Sonny Liston to become the world’s heavy weight champion and he celebrated the night with his three best friends Jim Brown, Sam Cooke and Malcom X. That play begins October 25th at the Miami New Drama in Miami, Florida.

MM: Is there anything else that you would like to mention?

CC: I hope everyone comes out to see Classical Theatre of Harlem’s “Antigone”!

To learn more, visit the official website of The Classical Theatre of Harlem. 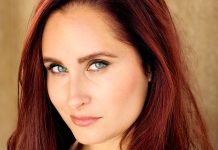