Musician Deyo Braun just released his new single “Overgrown” today along with a special midnight premiere of its cool animated video. “Overgrown” is the fifth single off of Deyo’s new self-titled album DEYO. We cannot get enough of this album and are eagerly awaiting its full release. Earlier this week we caught up with Deyo to talk about his unique journey in music and the inspiration behind this new album. You don’t want to miss this one so grab a cup of coffee and join us as we talk about all things DEYO. Be sure to check out the brand new “Overgrown” video at the conclusion of our interview.

Deyo: This album is full of unique, textured pop songs. I’ve listened to each of these tracks thousands of times and they still feel fresh, so I think listeners can expect an album that they can easily return to over and over.

Jan: You have quite an interesting background in music. Would you walk us through your journey starting with learning to DJ at such a young age?

Deyo: I always had a passion for music and sound. A lot of my earliest memories involve cassette tapes. I got very into hip hop music at the age of 7 and spent my savings on a couple of turntables and a mixer. My father was pretty strongly averse to rap music, so he would take me record shopping and ask the clerks to introduce me to other music and I ended up with a handful of early house and techno 12” records. I would slow down the techno and speed up the rap a cappella vocals and make mash up cassettes, but they were pretty unlistenable. I picked up the guitar around 9 and played it almost exclusively in my bedroom until college, I joined a band called Ghost Town Refugees and we played all around San Francisco and did a tour through Portugal. I started singing just as that band dissolved and began a group called Hibbity Dibbity, we put out a few albums and toured across the USA a few times and then I shifted my focus onto this project.

Jan: DEYO had an interesting beginning as well. Would you mind sharing the evolution of this album?

Deyo: I was writing a lot of songs that sounded nothing like my band Hibbity Dibbity, and so this became a passionate side project. I was playing all of the instruments myself in my apartment as demos, and I ended up stockpiling about 50 potential songs. I went up to the Banff Centre in Canada for a songwriting residency and that’s when the project got more focused. I had my own cabin in the woods full of instruments and I recorded for about 2 weeks all day and night. During that program Fats Kaplin (who plays with Jack White and John Prine) played on a few of my songs. That was where I realized I had something worth pursuing, so I went back to San Francisco and began recording and mixing with Jeremy Black at Coyote Hearing. He and I would end up spending many sleepless nights turning the demos into what you hear now.

Jan: Besides singing, songwriting and playing music you are also a producer. What were some of the unexpected hurdles you encountered while producing your own album? 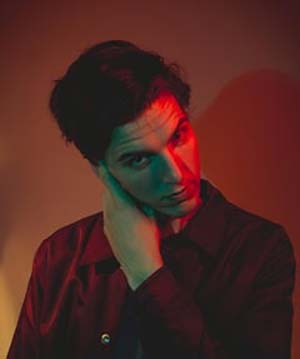 Deyo: I think the main struggle is that I am a bit of a perfectionist, and I know how to zoom in on all the minutia, sometimes it gets hard to see the forest for the trees. I think the creative process takes a lot of trust and a lot of magic, so when I am producing I try to stay open to the happy accidents rather than get stuck in the wormholes.

Jan: With DEYO you have created such an unique sound. When blending genres what are some ways to make sure that all of your tracks create a cohesive album?

Deyo: I like to write in a lot of different styles and use different voices, so the genre blending magically happened as I whittled down the list of which songs would fit onto the record. It was important for me to find a happy medium where none of the songs sound too similar, but they also live in the same world.

Jan: I love how you captured ambient sounds and incorporated them in DEYO. I am pretty sure there is a real airplane in “Overlapping”, right? What other background sounds made their way into your songs?

Deyo: Yes, there are field recordings and samples on pretty much every track. Most were just from the iPhone voice memos so it brings this poly-fidelity to the tracks that would be lost if everything was done in a studio. There’s some playground noises of kids playing in “Can’t Shake You”, the beat in “Fortune Teller” came mostly from a broken apartment buzzer in Germany, some sand buckets, and a fork being run across a computer keyboard. “Heaven’s Needle” has the San Francisco outdoor emergency system test siren, and a voicemail from my late Grandfather Horace Clifton Whiteman III.

Jan: Those are awesome! What are some of your favorite experiences grabbing the background sounds for this album?

Deyo: I was in Paris at the Pompidou Centre and I heard these bells as I walked into a room, and as I got closer I heard this poem being recited in French. It was coming from this speaker on the wall so I recorded it for about 5 minutes and the bells are all over the song “Bad Taste” and I chopped up the poem and put a few lines right before the outro.

Jan: I love your song “Overlapping”. I seriously cannot stop listening to it. What was your inspiration behind this song?

Deyo: This song came to me while I was riding my bicycle through San Francisco. I parked beside a friendly looking stoop and had a fully formed acoustic demo within a half hour. It was written as an optimistic set of goals for a blossoming romantic relationship; to live in harmonious support of one another and to remain present throughout the process. Originally it was recorded live with a full band, then we stripped away everything but the vocals and rebuilt it as a lush electronic indie-dance song.

Jan: I also love the vibe of your “Digital” video. The security footage is brilliant. It is reminiscent of one of my favorite scenes in “Reality Bites”. How did you come up with the concept for this video?

Deyo: I wanted to use a blend of HD, cell-phone and security cameras to tell the story of a person coping with digitalization. It came to life after performing at The Capitol Theatre in New York. Backstage, I met music video director Michael Parks Randa (Rick Ross, Deer Tick, mewithoutyou, Shovels & Rope, The Menzingers). We instantly hit it off and decided to make a music video the next day.

Jan: Who were some of your musical influences growing up? 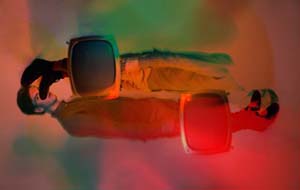 Deyo: When I was growing up it was a lot of Paul Simon, The Smiths, The Cure, MF Doom, Randy Newman, Interpol, Aphex Twin and The Unicorns.

Jan: Have you found that your taste in music has changed after working on your own album?

Deyo: I go through phases where I only listen to one song on repeat now, listening to every instrument individually, all the production intricacies. I would have never done that before I made this record.

Jan: Who are you listening to right now?

Deyo: At this moment I am listening to an album called Thousand Knives by Ryuichi Sakamoto, but I have been listening to a lot of Arthur Russell lately.

Jan: You have spent time on both coasts which can feel as different as night and day. What are some interesting differences between the New York and San Francisco music scenes?

Deyo: New York scene has been really great, it feels like there is so much happening every night, everywhere, and it feels very welcoming. The San Francisco scene has these certain pockets that you know will always have something cool going on, it’s kinda great to not have the option fatigue that comes with bigger cities.

Jan: Would you mind sharing a little about your Tropical Hideout Sound Studio? 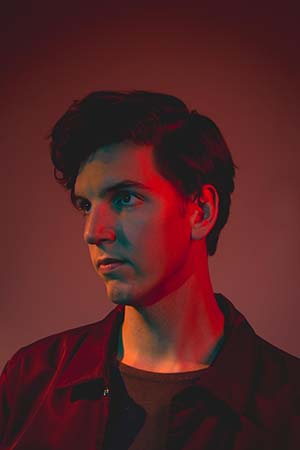 Deyo: Yeah, that is my studio where I produce and record for a lot of different projects. I’ve recorded everything from opera to a bunch of hotel staff making a parody song. Nowadays I am doing more scoring work out of the studio, and beginning the next DEYO album.

Jan: What are a few core lessons in music that you believe everyone should learn regardless if they are studying writing, instruments, vocals or theory?

Deyo: I think that focusing on developing a solid rhythm is the best way to develop quickly. It’s what allows you to play music with other people and sync up. Use a metronome or percussion loops as you practice to work on your timing.

Jan: When can we expect a tour for DEYO? Are there any cities that you are especially excited to share your new music with?

Deyo: I’ll be touring in 2020, I have been getting a lot of listeners from Naples, Italy so I would love to go there.

Jan: Last question, borrowing a line from “Overlapping”, as you ‘dine at life’s buffet’ which life experiences did you need a second helping of to specifically lead you to DEYO?

Deyo: I love that line! I think a dollop of every experience I’ve ever had led me here.

Jan: Great answer! Thank you so much for hanging out with Entertainment Vine, Deyo! We are so excited to hear the rest of your new album and can’t wait to see what’s next for you.

Deyo: Much appreciated, thanks for having me!